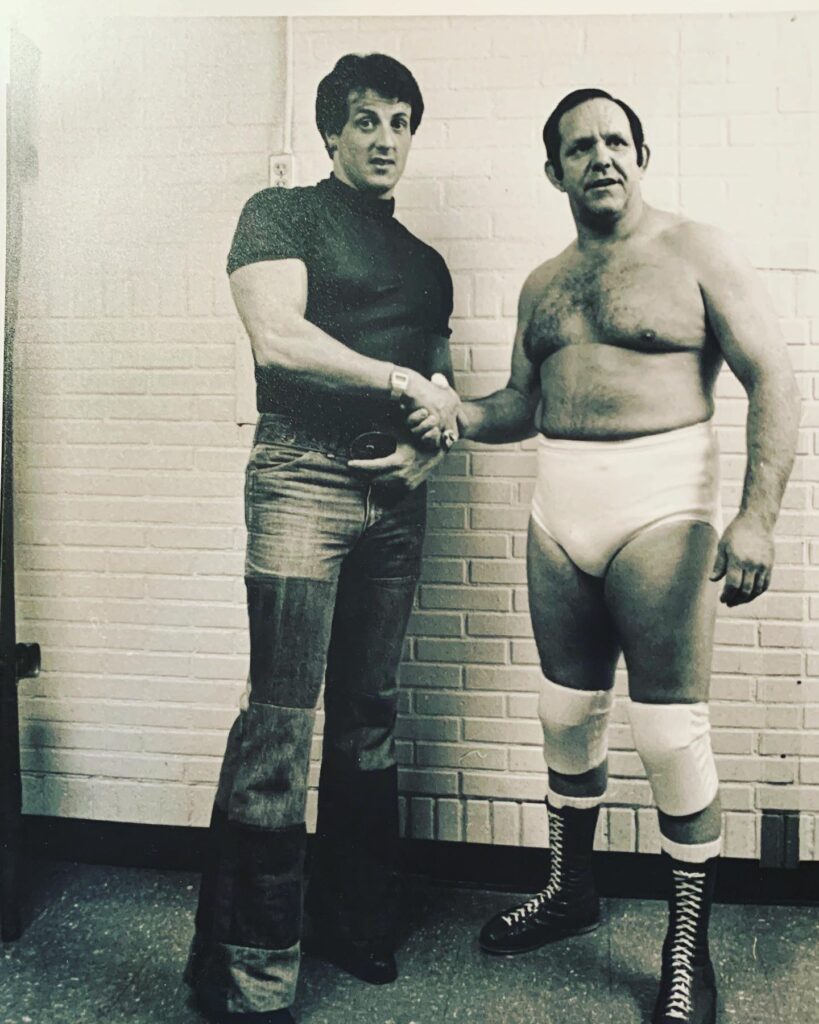 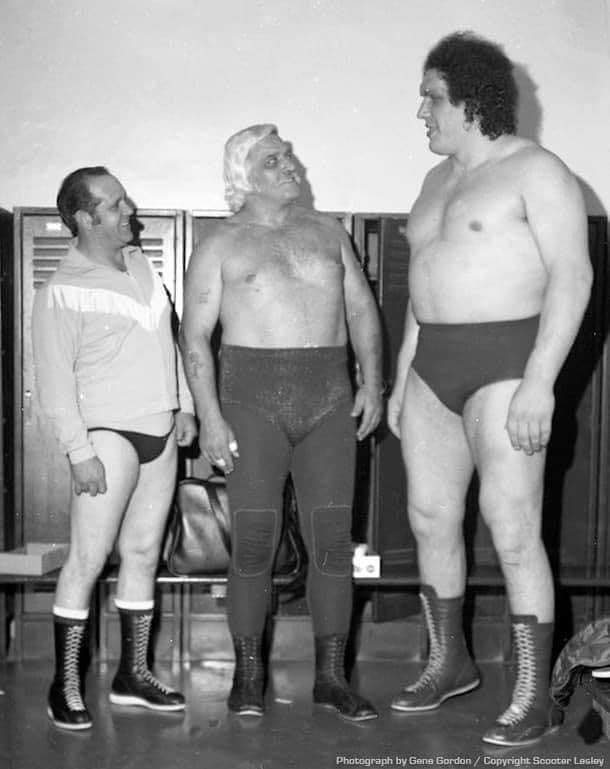 About Nelson Royal By Mike Mooneyham

My memories of Nelson Royal are golden.

If you’ve been a fan of the business for any period of time, chances are you’ve heard stories about him. And if you’re a longtime follower of the mat game, then you can probably tell your own stories about him.

Few men loved the wrestling business more than Nelson Royal. That’s what made his passing last weekend a particularly tough pill to swallow.

“Nellie,” as he was affectionately known to a generation of fans and friends, died of a heart attack at the age of 66 last Sunday in his hometown of Mooresville, N.C. It had been a normal Sunday morning for Royal, one in which he attended church and had breakfast with a longtime friend, Love Valley, N.C., mayor Andy Barker. But Royal had been complaining about pain in his shoulder the past several months, and on this Sunday morning, the pain had been even more pronounced.

According to a report, Royal pulled into his driveway, got out of the car and collapsed in front of Barker’s barn at approximately 12:20 p.m. Emergency personnel were called to try to resuscitate him, but by then it was too late. Former NWA world champ Ronnie Garvin had last talked to Royal two days earlier and confirmed that his friend had not been feeling well.

“He was complaining of a bad shoulder then, but he was being treated with cortisone shots,” said Garvin. “He said the shots weren’t helping him one bit. That might have been a sign of a heart attack coming on.”

Nelson Royal was as well-liked in this North Carolina community as he had been during his 30 years in the wrestling business. A devoted husband and father, a respected businessman and longtime owner of a western specialty store, Nellie had changed little over the years, unlike the business he had devoted most of his life to.

“But he never got to enjoy his retirement,” lamented Garvin, who had planned to take Royal to the annual Gulf Coast wrestling reunion in Mobile, Ala., next month. “I guess I’ll go by myself now. It just won’t be the same without him.”

“He wanted to go fly with me … he wanted to go hunting,” added Garvin, an experienced pilot who would occasionally take his friend on plane trips, including a 1987 hunting excursion to Colorado where they both bagged a mule deer. “He loved flying. He wanted to fly with me in a DC-3 when I went to work,” said Garvin, 56, who transports cargo across the country. “But he always had to work.”

Nelson Combs (he later added the name Royal) was born in Wheelwright, Ky., on July 25, 1931. He started wrestling at the age of 17 under the watchful eye of Indian star Don Eagle. With men like six-time NWA world champion Lou Thesz at the helm of the business, a young wrestler couldn’t help but be inspired, Nellie would say.

“I wrestled Lou years and years ago when I was young in the business,” he once related. “He looked at me and said, You’d better go after me, son.’ And I did. He was one of the greats.”

Royal himself would achieve a level of greatness for his realistic, hard-hitting style. He once said there wasn’t a rib in his body that hadn’t been broken, and if it weren’t for anti-inflammatories, he would never be able to sleep. Nellie, however, considered his numerous scars and ring injuries a badge of honor. He longed for the days when wrestling meant wrestling. “Few of them today know a hammerlock from a padlock,” he liked to say.

Royal first arrived in the Carolinas in the early 60s as half of a heel tag team along with The Viking (Bob Morse). Sporting a black beard and black vest and billed from London, England, “Sir Nelson Royal” was a perfect complement to his white-bearded, “Scandinavian” teammate. Nellie, who would become one of the Mid-Atlantic area’s top babyfaces in later years, had refined his heel gimmick working in the Pacific Northwest and the Amarillo circuit, where he feuded with the legendary Dory Funk Sr. Bringing The Viking with him to the Carolinas, the two headlined in matches against such teams as The Kentuckians and George and Sandy Scott, but eventually went their separate ways. Morse, whose late-night, hard-living style didn’t mesh with the milder mannered Royal, went to Kansas City where he became a headliner in his own right, while Royal grabbed a cowboy hat, turned babyface and hooked up with Tex McKenzie.

Royal, who became one of the top draws for promoter Jim Crockett Sr., was a tag-team specialist in a territory known for its tag-team wrestling, and enjoyed a host of successful partnerships with such stars as Paul Jones, Sandy Scott, Klondike Bill, Les Thatcher, George Becker and Johnny Weaver. His favorite, however, was with the long, tall McKenzie who, as Nellie would say, “was one big, tall sucker – he stood seven foot tall if he stood up straight,” towering over the 5-9 Royal, whose hard-nosed mat style earned him the nickname “Crowbar,” a contrast in technique to the lumbering McKenzie.

Royal reflected on Big Tex after McKenzie’s passing last May at the age of 72.

“People thought that since Tex was such a total extrovert on TV, that he would be different outside the ring. But that was him – he was truly that great person. It was a pleasure teaming with him.”

Between long runs with McKenzie and Jones as partners, Royal would be involved in memorable programs with such combos as Rip Hawk and Swede Hanson, the Anderson Brothers, Skull Murphy and Brute Bernard, The Masked Infernos (Frankie Cain and Jimmy “Rocky” Smith), Aldo Bogni and Bronco Lubich, The Missouri Mauler and Hiro Matsuda, and The Masked Marvels (Billy Garrett and Jim Starr).

Royal achieved further success during the mid-’70 when he captured the NWA world’s junior heavyweight title in Oklahoma, a title he held five times between 1976 and 1988.

A number of his former colleagues from the Mid-Atlantic territory last week paid tribute to Nellie.

“You couldn’t find a better guy. He’s probably the best human being I ever met,” said Garvin, whose nickname for Royal was “Grandfather.” “He’s called me Grandson’ for years,” he joked. “We’ll miss him.” “Nellie was always in incredible shape,” said Sandy Scott. “He was a great performer. I met him in Oregon in the late 50s or early 60s. He was a buzz saw up there. He was a top guy in the Carolinas. “Nellie loved his horses and he loved his ranch.”

Garvin recalled Royal holding a rodeo at his ranch back in the early 70s to benefit a child who was undergoing spinal surgery. “I remember getting up on a Brahma bull, and that big old thing sent me sailing 30 feet up into the air. I never got on one of those again. Jerry Brisco got hurt that day, and missed about a week of work.”

“Nelson was a good friend, and I had known him for my entire career,” said Tim Woods, the former masked Mr. Wrestling, who met Royal in Oklahoma in 1965. I always liked Nelson. He was always in tremendous condition, and he was a fanatic using the Stair Master. He also helped a lot of guys prepare to get into the wrestling business.”

“Nelson was a great teacher and a great friend,” echoed Don Kernodle, who held the NWA world tag-team belts with Sgt. Slaughter during the early 80s. “I learned a lot about wrestling from Nelson, and he meant a lot to this business.”

Rip Hawk (Harvey Evers) was one of Royal’s fiercest rivals in the ring, but the two remained close friends throughout their careers. “We really went at it,” recalled Hawk, who once broke Royal’s leg during a singles match. “When I wrestled Nelson, we really wrestled. There were no cartoons or anything like that. Nelson was great as a singles or in tag teams. He was a leader and he was fun to wrestle. It was hard, but it was fun. The people couldn’t believe some of the moves we made. Nobody could see daylight.’ It was all very tight.”

“I never had an argument with him,” added Hawk. “He was a great wrestler and a great friend. Not only to me, but to a lot of people. I’m really going to miss him.”

“I can say one thing. He lived a full life,” said David Crockett. “Nelson was one of those guys who helped build the groundwork for what it (wrestling) is today.”

Royal also trained scores of wrestlers, including a young Ken Shamrock, who moved with his dad to Royal’s ranch during the late 80s while Royal was training wrestlers along with Gene Anderson and running his Atlantic Coast Wrestling promotion.

Nellie, who was involved in a number of community efforts such as the DARE drug awareness program and Crime Stoppers, operated his western supply store in Mooresville for more than 30 years, selling boots, belts, and saddles, and raised horses “until the town got bigger and a five-lane highway came through.” He lived for the outdoors, although most of his last years were confined to running the store with his wife Karen. For years his dream had been to sell the property and “move across the road and go back out to the country.”

Unfortunately, Nellie never made it across that road.

But what he left behind is a treasure chest of golden wrestling memories – the kind that will never die.